The Timed Transfer Pulse Plan utilizes resources better than either LeeTran or Tindale-Oliver, so the overall price of running the system is much cheaper.  On basic fixed-route service, the Pulse Plan is $900,000 cheaper than LeeTran or Tindale's plan.  Commissioners have the option to add four microtransit routes at a cost of $238,000 per route.  These recommended microtransit routes offer service to areas which currently have no transit services (one in North Cape Coral, three routes in Lehigh Acres.)  In the 2020 TDP, although Tindale-Oliver made many recommendations, they could not add up their hours or come to a definitive answer about how much their recommendations would cost!  In fact, they made many claims which were very misleading (such as claiming they were saving money, when they were really just moving the operational costs from one route to another -- e.g.  On page 100/174 of the COA, Tindale claims to have saved over $400,000 for the County, when in reality they merely transferred one part of the 30 Route to the 40 Route.)  When asked how they arrived at their numbers or number of hours, they merely ignored the request.  This company was paid over $400,000 to give a report upon the state of Lee County transit, yet they could not present a "bottom line."  It's like being visited by the plumber and receiving an estimate which has no "grand total" at the bottom of the bill!  We have constructed the chart below in the hopes of clearing up what Tindale has obfuscated and made so difficult to comprehend. 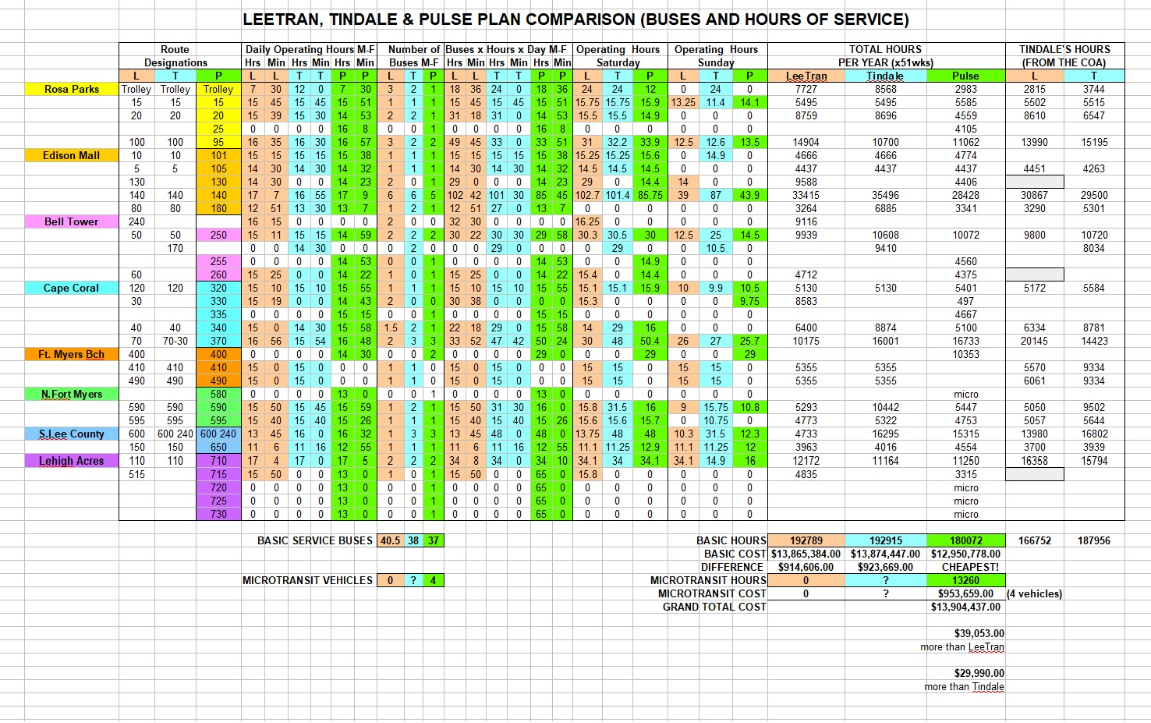