The Pulse Plan was submitted to Tindale-Oliver in June of 2020 as part of LeeTran's TDP.  However, Tindale-Oliver representatives said they did not have enough time to consider the plan (spoken a month after having received the Pulse Plan, and after they had come back from their vacations at the end of July!)  Consequently, the Pulse Plan was overlooked and ignored as a contribution to the TDP process.  Nevertheless, the Department of Transportation rules specify that alternative plans actually need to be considered! 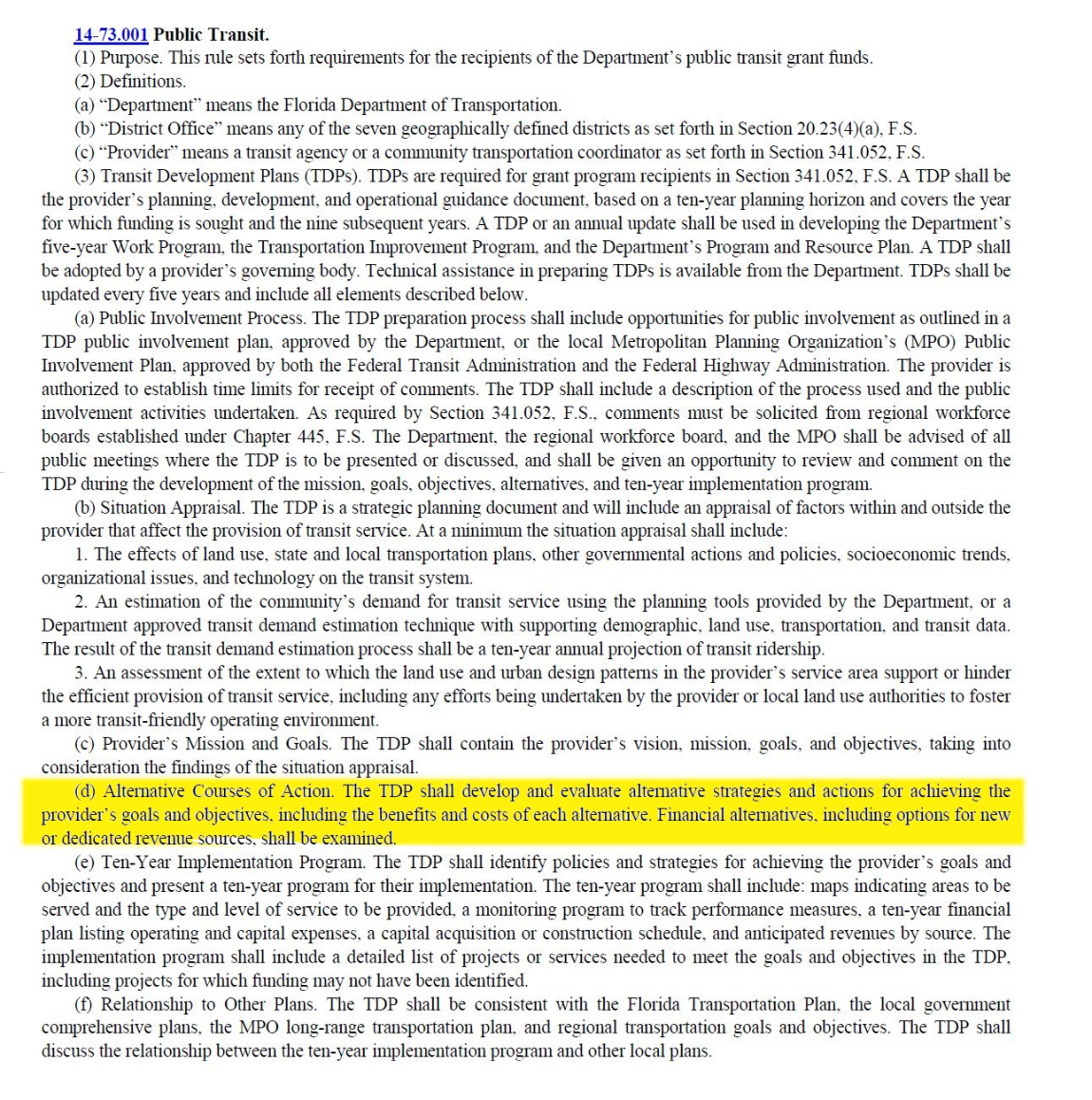 Furthermore, key elements of the Cost Operations Analysis were overlooked, which the Pulse Plan specifically addresses: 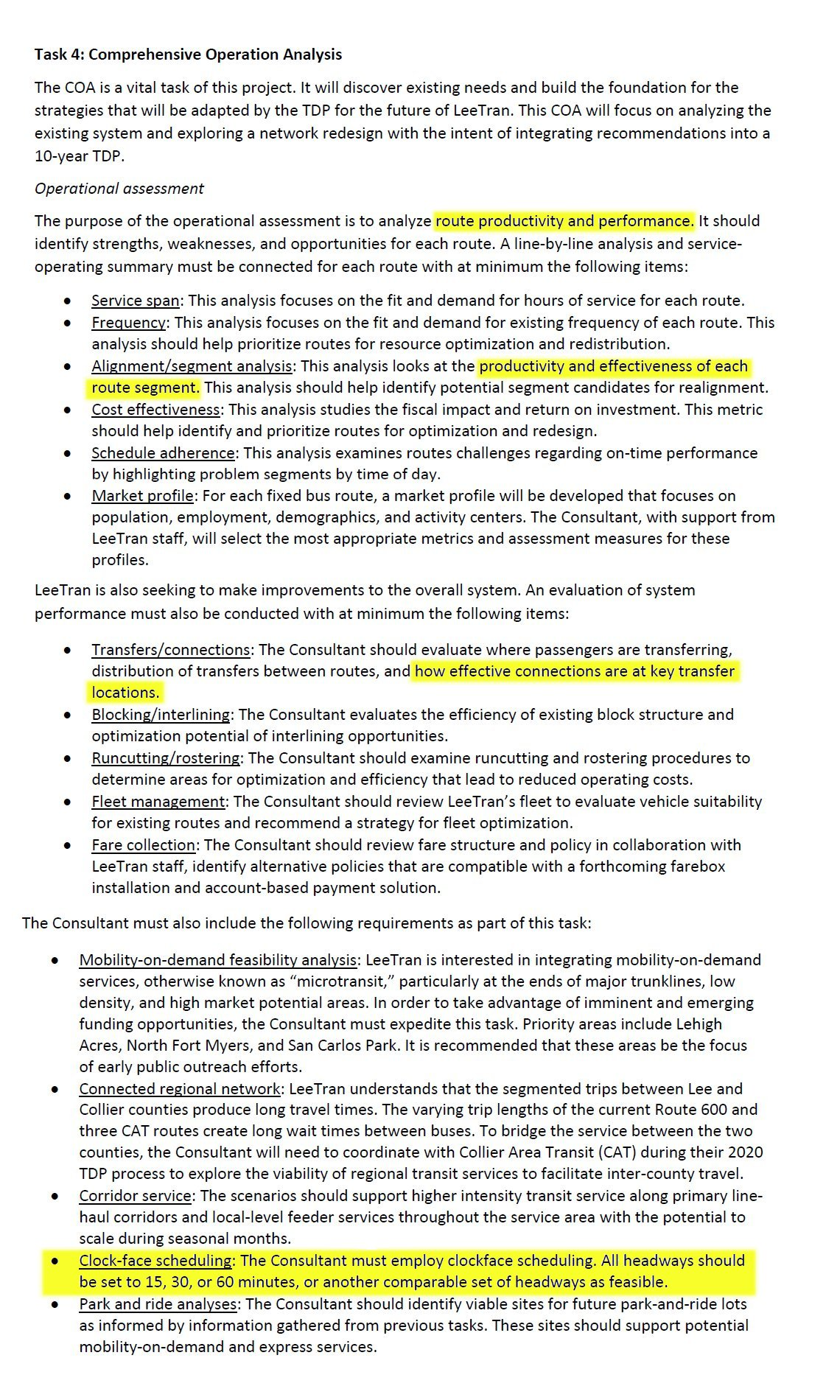 We can see that the important elements of route productivity, effectiveness, transfer locations and clockface scheduling figure in prominently in the COA.  These are the areas where the Pulse Plan has its primary area of contribution and, in opposition to FDOT guidelines, was passed over.   What Tindale opted then not to achieve, we submit herein.