Route 115 is the Lehigh Circulator, meeting with the 110 bus every hour to take passengers up and down Leland Heights and Joel Blvd.  However, both the 110 and 115 buses use too much time needlessly by servicing an area known as the "Lehigh Loops."  On every circuit it runs forwards and backwards covering the same territory it just traversed.  That is 15 minutes every hour that could be put to better use!
"Lehigh Loops" 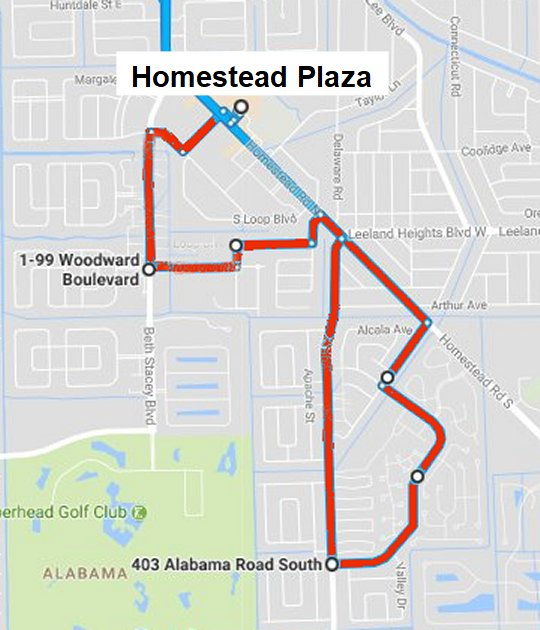 A better way to utilize this time is to reserve it for a much-needed "express route" (marked in red below) which runs between Lehigh Acres and Gulf Coast Center utilizing the Daniels Road Corridor. 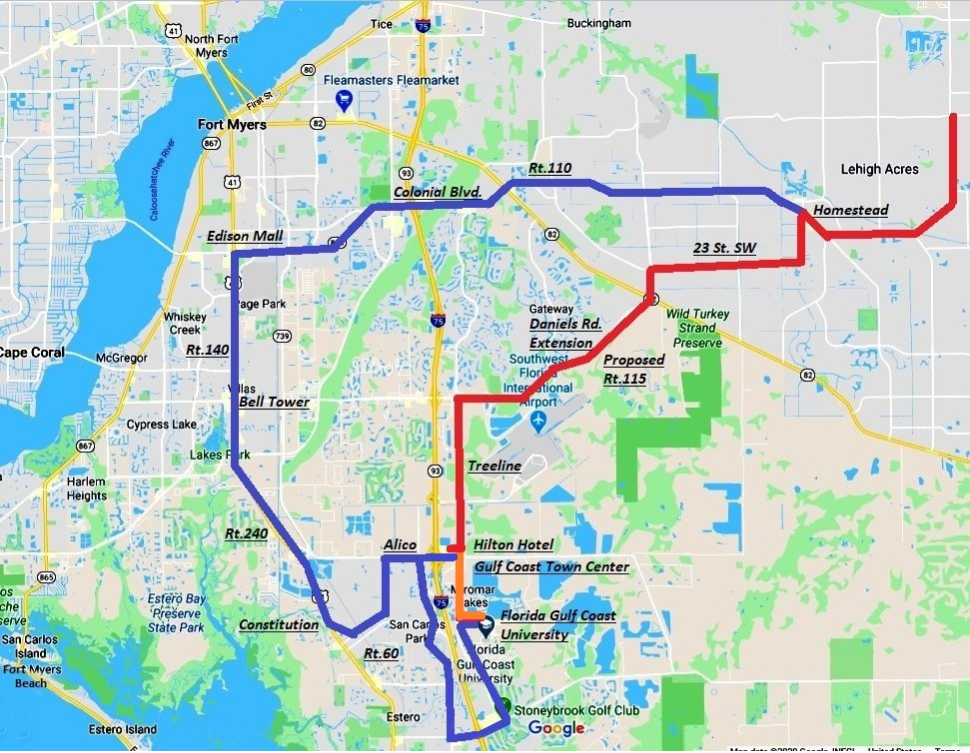 Here is the schedule which shows how the express run can be accomplished: 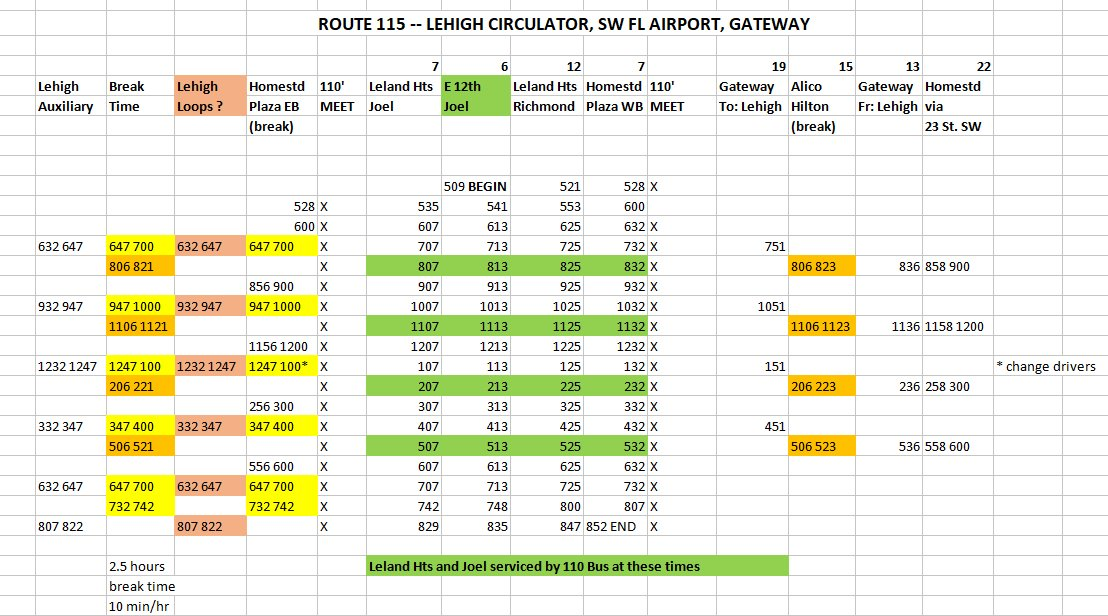 Every three hours the 115 Bus is able to depart from its duties covering the Leland Heights and Joel Blvd. area to make its express run.  The 110 Bus covers the 115's route in the time it would normally take for its break, and it is relieved for its own break time at Metro and Colonial by the 180 Bus, which takes in the passengers to the Edison Mall.  (Below is the schedule for the 110 Bus:)

Note the regularity of service along Joel Blvd.!  Every hour a LeeTran bus is able to reach E 12th St. by :13 after the hour!  The only interruption in service is for the Lehigh Loops area which, four times a day is not serviced while the 115 makes its express run.  Nevertheless, this Loop area is still serviced 12 times a day!   (The 115 Bus could make six more trips to service the Lehigh Loops area during its "auxiliary time," but it might be better to loop out the low end of Lee Blvd. during this time.)  To see just how much time can actually be saved between Lehigh and South Lee County, please refer to the South Lee County analysis!
Next ---> Route 130