Route 340 services western Cape Coral starting from the Home Depot off Skyline and Veterans, traveling east on Veterans, north on Santa Barbara to Sunsplash and then to Cape Tech (where it meets with the 340 Bus, the 580 Bus and the 595 Buses,) , west on SW Pine Island Road to Chiquita, then south on Chiquita to Cape Coral Parkway by Camelot Isles, then east on Cape Coral Pkwy to the Publix at 47th Tr and Santa Barbara where it meets with the 335 and 330 Buses.  From there, it heads to the SW Library off Mohawk, and back to Home Deport via Veterans Blvd. 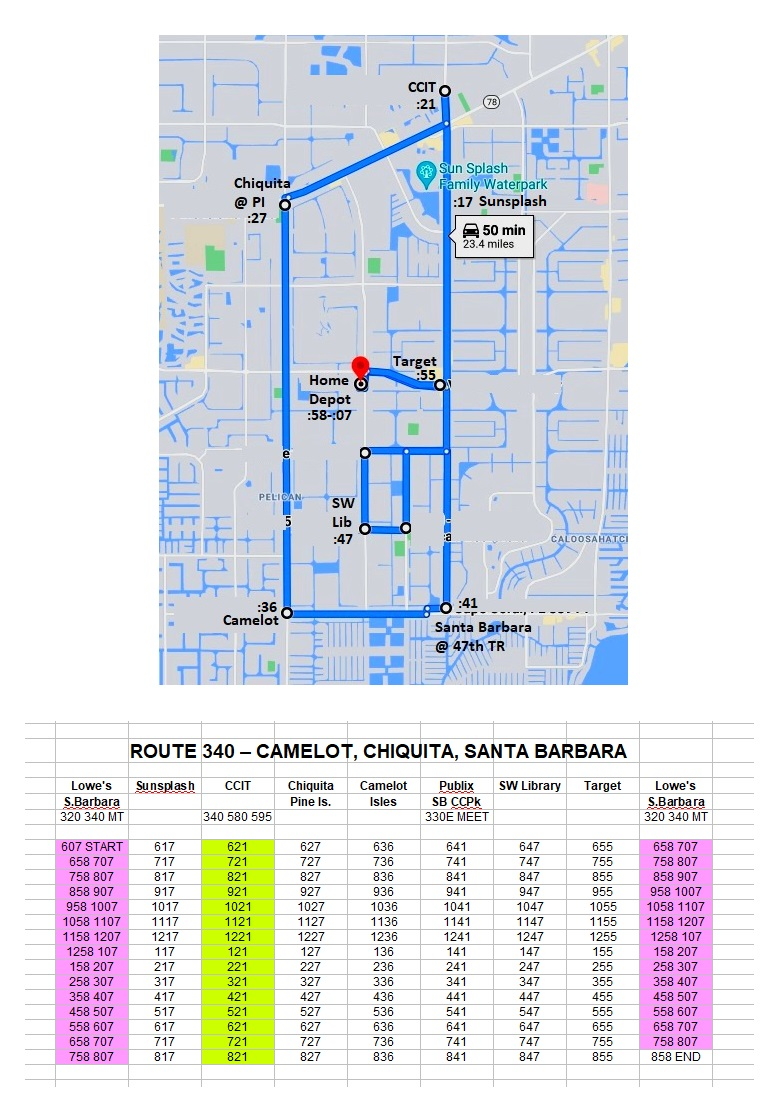