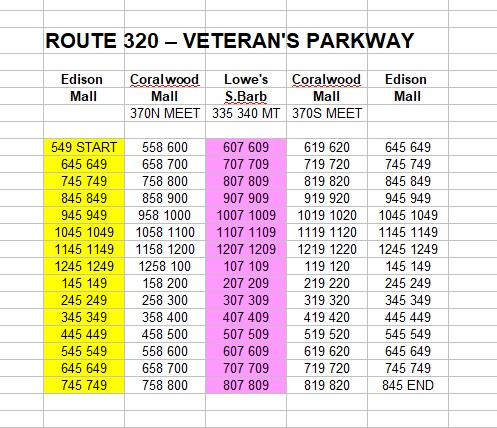 Currently, LeeTran has the 120 Bus with an eighty-minute headway, but in the Pulse Plan this is reduced to sixty minutes (as are all the routes in the Pulse Plan.)   This results in "clockface" time, which is one of the main priorities in the 2020 TDP.  By having routes on "clockface," patrons have a much easier time planning for their trips and, more importantly, connections throughout the system are enhanced.
Next ---> Route 330