The 20 Route in its present form is extremely inefficient.  Two buses are dedicated to traveling up and down Marsh Avenue every half-hour when the 100 Route already traverses the same distance every half-hour itself!  Thus, we have four buses going up and down Marsh Avenue, not at fifteen minute intervals, (even if such a thing were warranted,) but oftentimes one bus right behind the other!  It is simply a great waste of time and resources.  Besides Marsh Avenue, the 20 Bus also currently services Dr. Martin Luther King, Jr. Blvd.
Now, if we could get the Riverdale Bus to service Martin Luther King Blvd., there actually would be no need for the 20 route or its two buses to run this route at all.  And this is just what we've done -- we've subsumed the entire 20 Route into the 95 Riverdale route, and we've freed those two buses to accomplish duties elsewhere.
The 20 Route has been redesigned then for servicing Edison Avenue and Veronica Shoemaker down to Terry Park every hour, but we use one bus only, not two.  Presently, Edison Avenue has a headway of eighty minutes, and we've brought that down to sixty minutes.  Along with the 15, 95 and 105 Routes, the 20 Route also stops at Michigan-Marsh to exchange passengers.  The 20 Route is shown as the orange route in the graphic below. 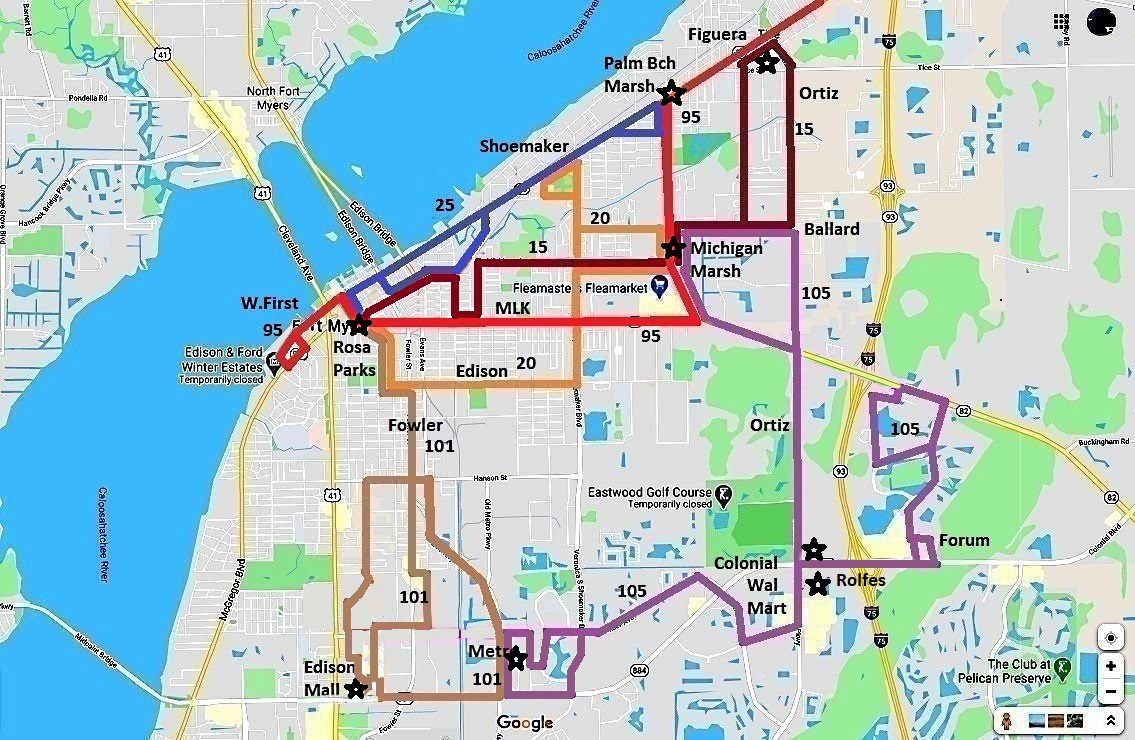 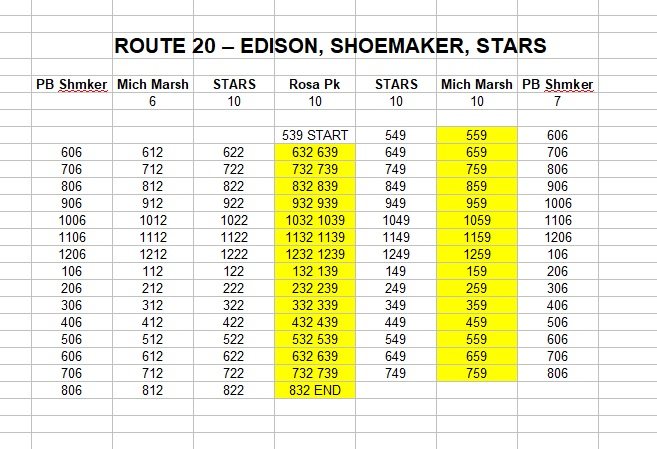