Route 180 services Metro Parkway, Page Park and South Fort Myers High School.  Presently it is run as a 97-minute route which defies any attempt to synchronize it with other routes, (since it has an oddly-numbered headway.)  However, the Pulse Plan comes to the rescue by taking off the Metro - Broadway loop from the route and putting it onto the 101 Route, saving about 15 minutes, and allowing the 180 to become a 90-minute route with recovery time built in.  This way the 180 can have timely meets with the routes which come into the Edison Mall and the Bell Tower. 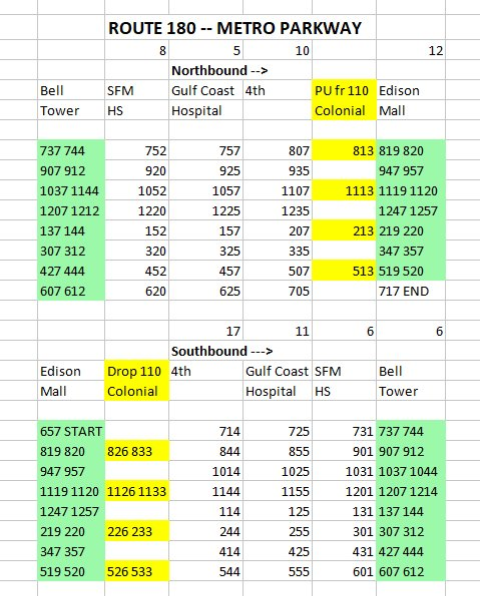 Notwithstanding, it may be possible to increase the efficiency of the 180 Route by turning it into a 60-minute headway route, but it needs to be tested on the open road to verify the accuracy of the schedule.  The 60-minute version of the 180 has it relying upon the 250 Bus to make transfers to the Bell Tower at Metro Parkway (both eastbound and westbound.)  The time saved makes the 180 able to service other areas, such as hourly service at US  41 at Flowers Rd., (where it meets both the northbound and southbound 140 Buses within 11 minutes.)  Two out of three times, the 710 Bus can take passengers from the 180 to provide enough recovery time for the 180 at the corner of Colonial and Metro.  On the third time, the 180 can take in passengers for the 710, providing recovery time for the 710 driver.  In this way, the 710 and the 180 can help each other with each others' recovery time, without having both buses roll into the Edison Mall. 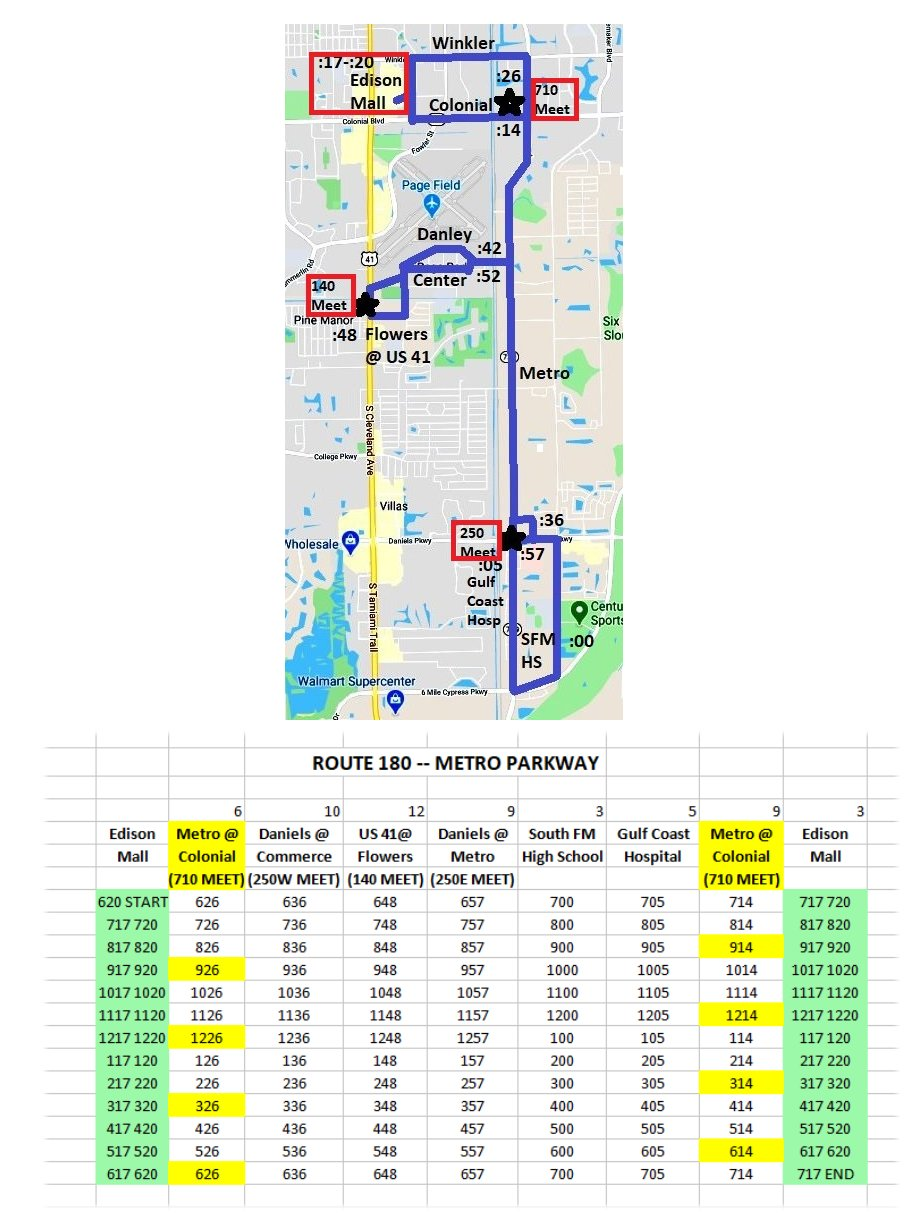 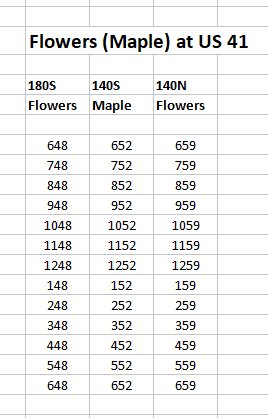