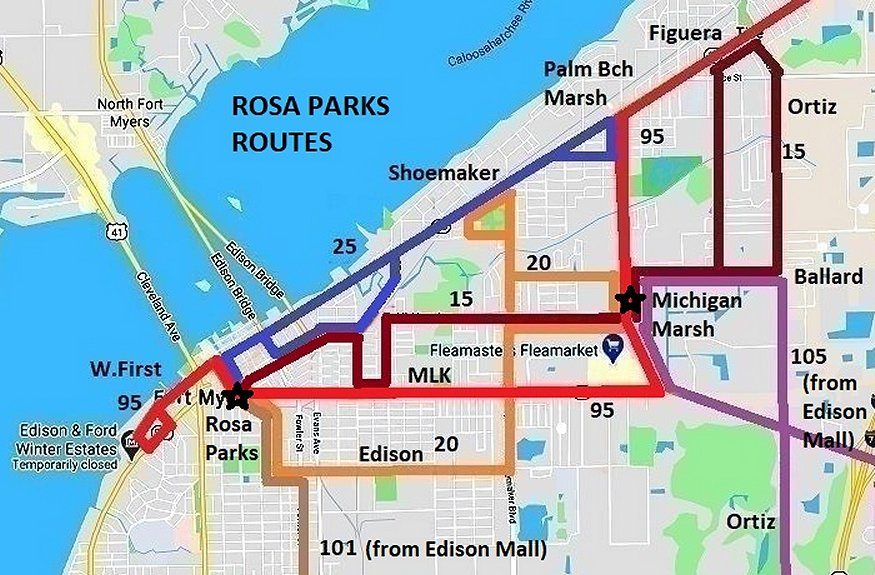 Rosa Parks routes service the downtown Fort Myers area and include the:

15 Route -- which services the streets of Michigan, Nuna and Ortiz.

All downtown routes not only meet simultaneously at Rosa Parks, but also at the Michigan Marsh Transfer Area, where passengers can jump off one bus to catch another without having to come back to Rosa Parks.  Additionally, passengers can catch the 105 Bus at Michigan-Marsh going to the Colonial WalMart or Edison Mall.

Three other routes interface at Rosa Parks:  the 101, the 140 (north and south,) and the 370.  The 101 and 140 are considered to be Edison Mall routes, the 370 services Cape Coral.  Route schedules at Rosa Parks were designed to meet between :02 and :12 after the hour, and at :42 to :45 after the hour on the opposite side of the clock-face.  Patrons wishing to access a destination on Fowler Street are well-served by heading to the Edison Mall first (15 minutes away) and then taking the 101 Bus northbound, instead of waiting a half-hour for the 101 to arrive at Rosa Parks.  Both the northbound and southbound 140 Buses appear every twenty minutes to coincide with the arrival of the main Rosa Park routes mentioned above. 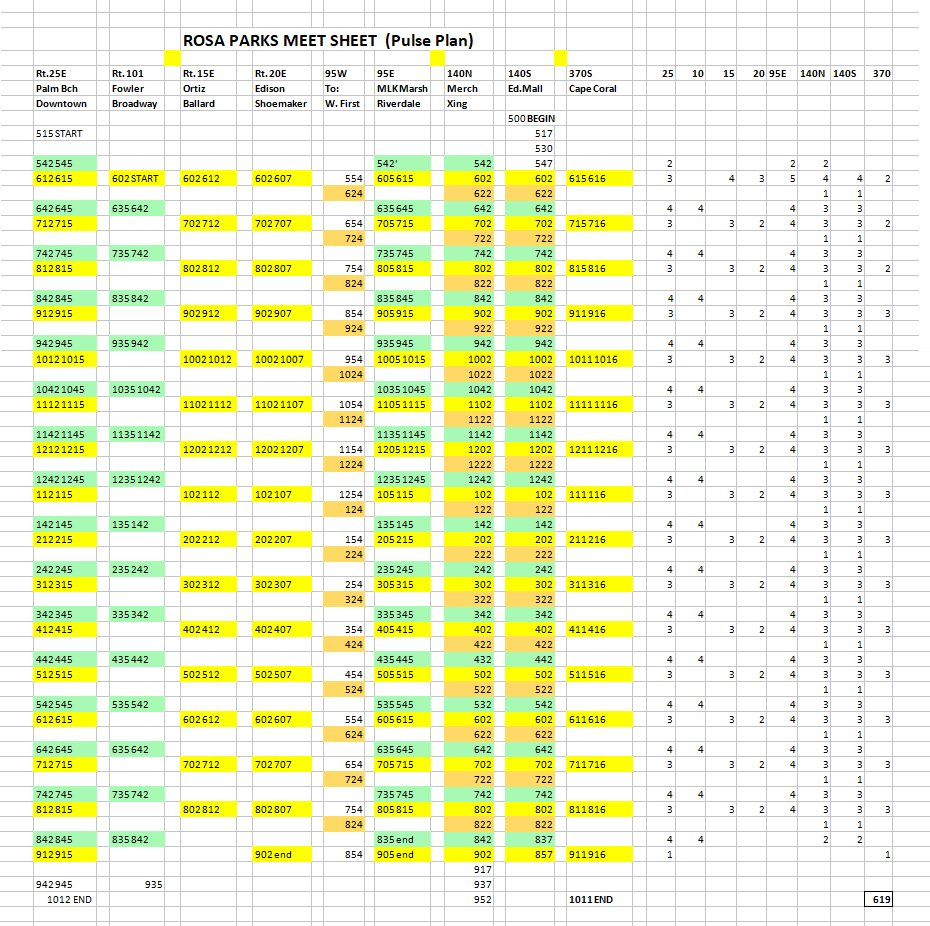