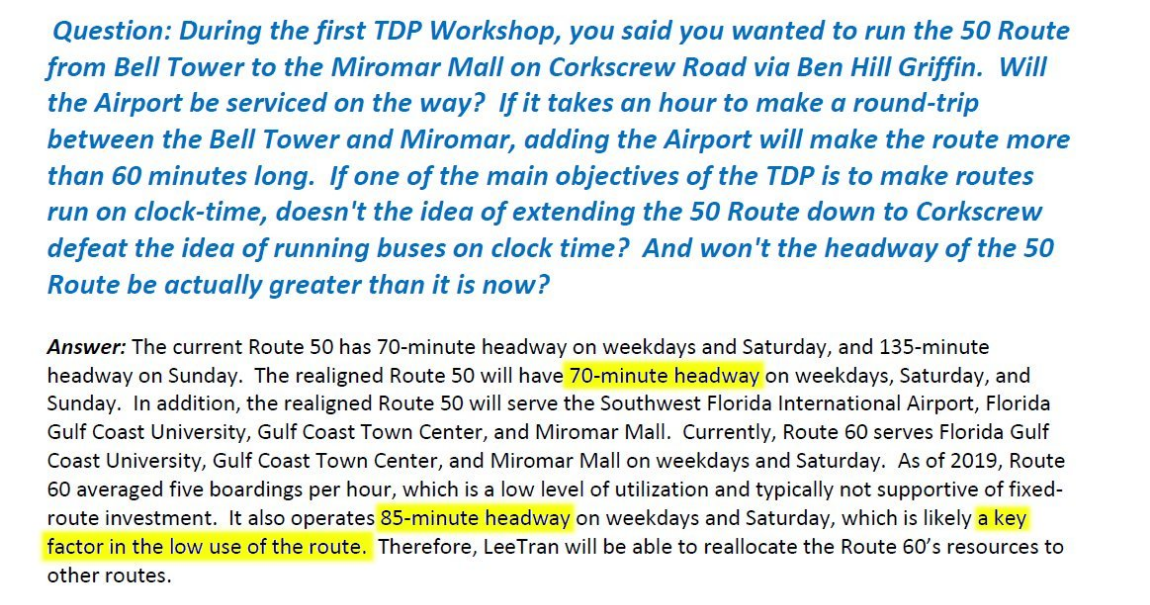 Here is the Tindale map supplied to the public (with the proposed 50 Route in dark green:) 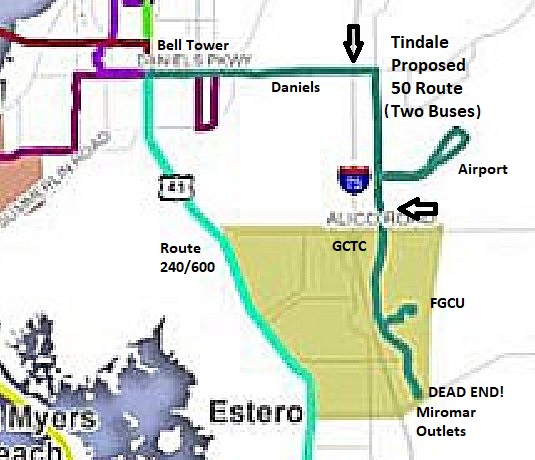 And here is a sample schedule of the proposed 50 Route with 70 minute headways as proposed by Tindale-Oliver (but actually created by abetterleetran:) 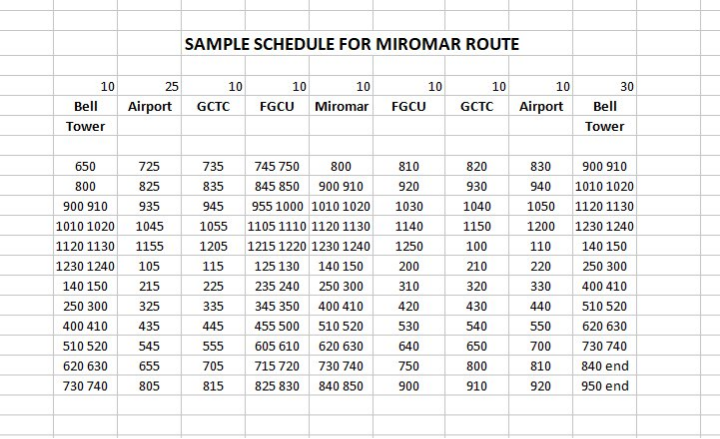 As discussed previously under the webpage Efficiency, this schedule does not make the most of utilizing two buses!  The number one reason for this inefficiency is that the route dead-ends into Miromar Outlets, so there is no connection with any other route -- the route just has to double-back upon itself where it overlaps with where it has just been before.  It may seem that the Airport and FGCU are getting double the service, but in reality they are still getting 70-minute headways (up from 85 minutes at FGCU.)  Notice how both buses meet at the Airport within five minutes of each other! Patrons at the Airport get two different buses going in different directions every 65-70 minutes!  So the headway is still seventy minutes, despite two buses!  How unfortunate that there isn't half the headway for double the expenditure!
Contrast this with the Pulse Plan where only one bus services the Airport every 60 minutes at :45 after the hour, but then the Airport patron has the choice to travel southbound to GCTC or westbound to the Bell Tower every hour, or even northbound on an express route to Lehigh Acres every 180 minutes (saving an hour off the Bell Tower route!)  So, not only are there shorter headways and better service, but it is also accomplished with half the buses! 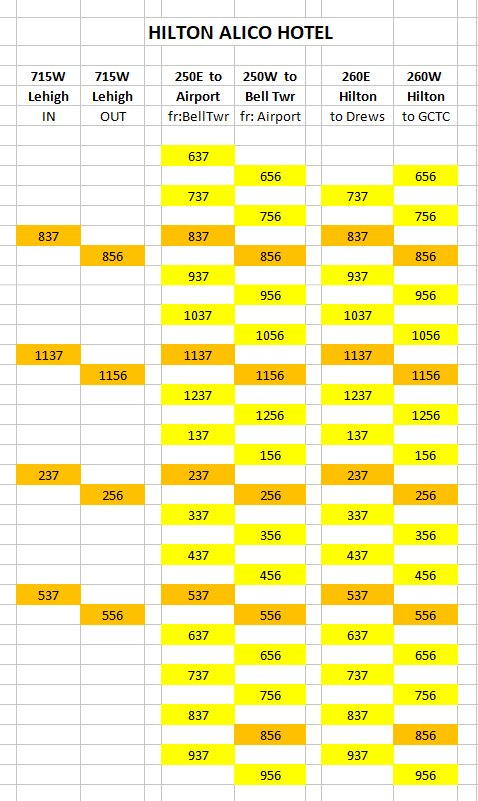 Tindale is correct that the reason why the 60 Route is underutilized is because it has an 85-minute headway, but it is not sufficient reason to do away with the route. That is why the Pulse Plan proposes an 60-minute headway route for the 260 Route, which not only is more user-friendly, but also promotes travel in all directions from the Airport, not just to the Bell Tower! (Directions to dead-end destinations like Miromar Outlets do not to count as a direction away from the Airport!)  The Pulse Plan recommends utilizing the 260 Fixed Route over the Mobility-on-Demand, since taking 25 minutes off the headway of the 260 Route will result in making the route much more attractive and functonal to riders.  (See: San Carlos Microtransit)
It should be noted that Tindale's suggestion to combine the 240 and 600 Routes brought about a much-needed improvement in the time to get from the Airport to Creekside Naples.  In fact, all travel times over three hours were abolished and improved to under three hours!  The average travel time was improved from 185 minutes to 142 minutes, saving on average 43 minutes! 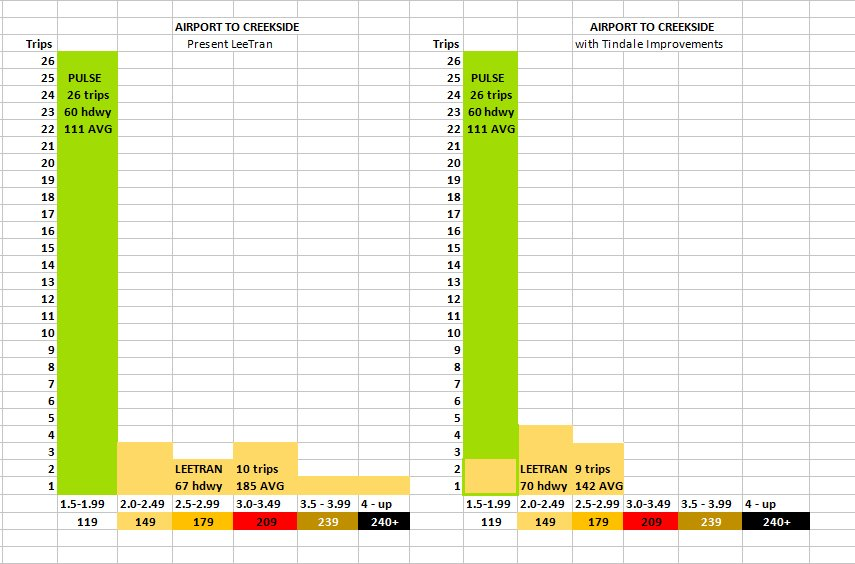