It is very difficult to extend coverage to an area without adding more buses to the system;  however, with the addition of extra runs to and from Lehigh Acres to the Hilton Hotel on Alico Road, the Pulse Plan has not only created new avenues of service, but new areas of service as well -- in this case, the neighborhoods off 23 St. SW in Lehigh Acres, the Gateway Community and Jet Blue Park which previously had no bus service, now can in fact have it.

The Pulse Plan also envisions Sunday service to Sunsplash Water Park in Cape Coral by having three different routes converge on that location -- the 590 from the North, the 330 from the south and the 320 from the east.  The 320 arrives every hour, and the 330 and 590 arrive every other hour.  Sunday service is extended throughout Central Cape Coral on Santa Barbara, and to East 12th St in Lehigh Acres!  On a Sunday, it seems reasonable that public transportation should provide transportation to places of recreation!  It is one of the main reasons why weekend public transportation exists! 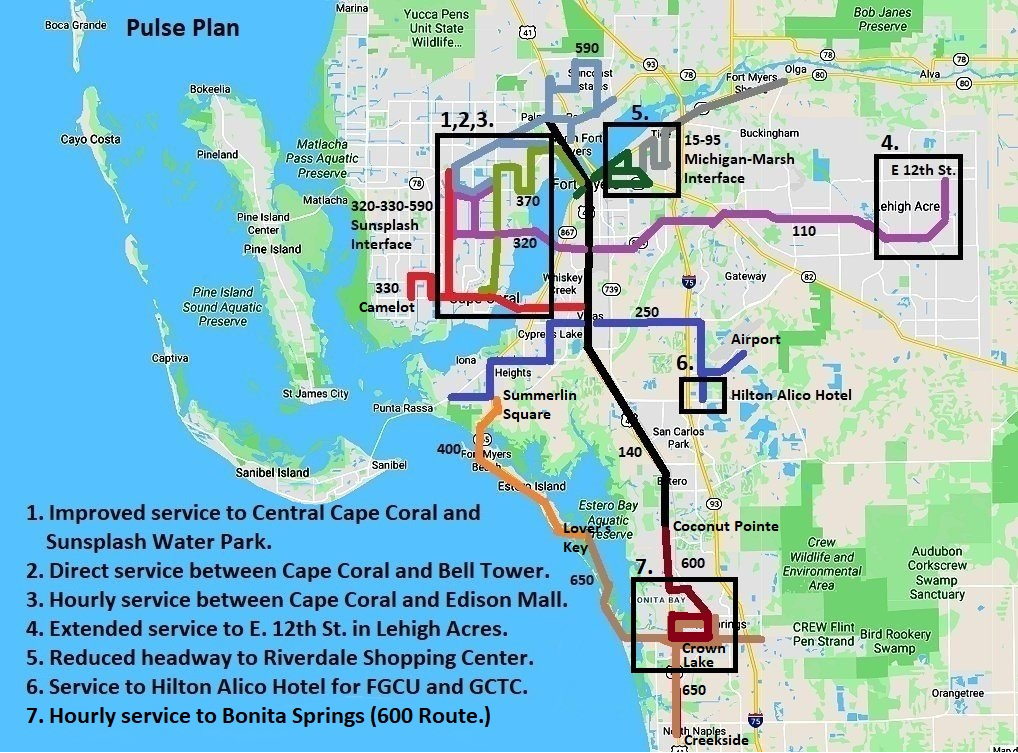 Lastly, extended service in Lehigh Acres can be improved by adding runs in the early morning and
evenings to the 715 Route.  This is actually preferential to eliminating a fixed-route and replacing it with a microtransit route because it combines fixed-route regularity with extended service plus express service -- three services in one route! 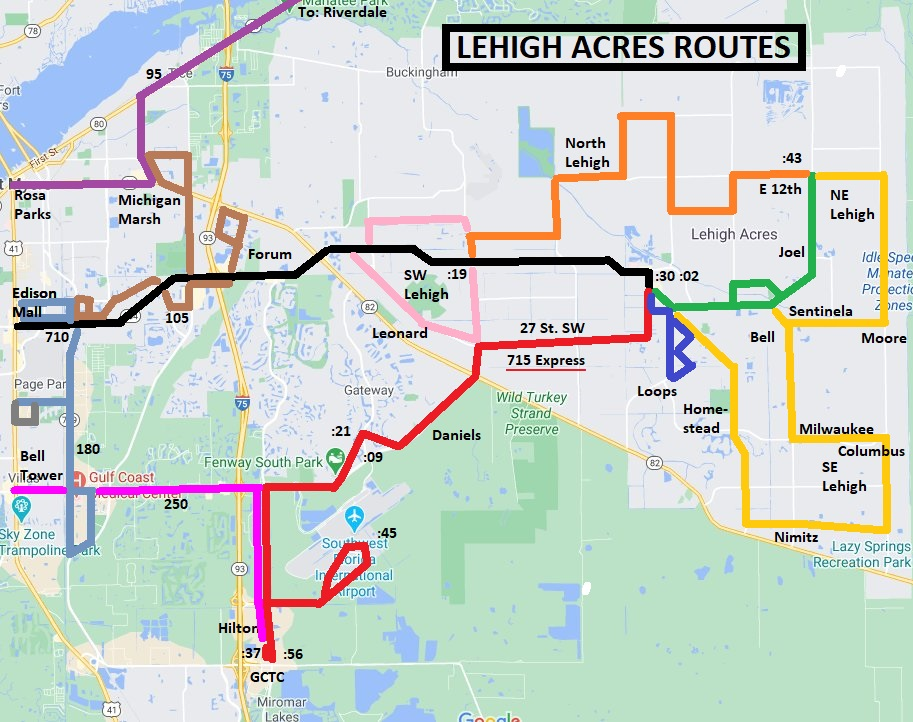 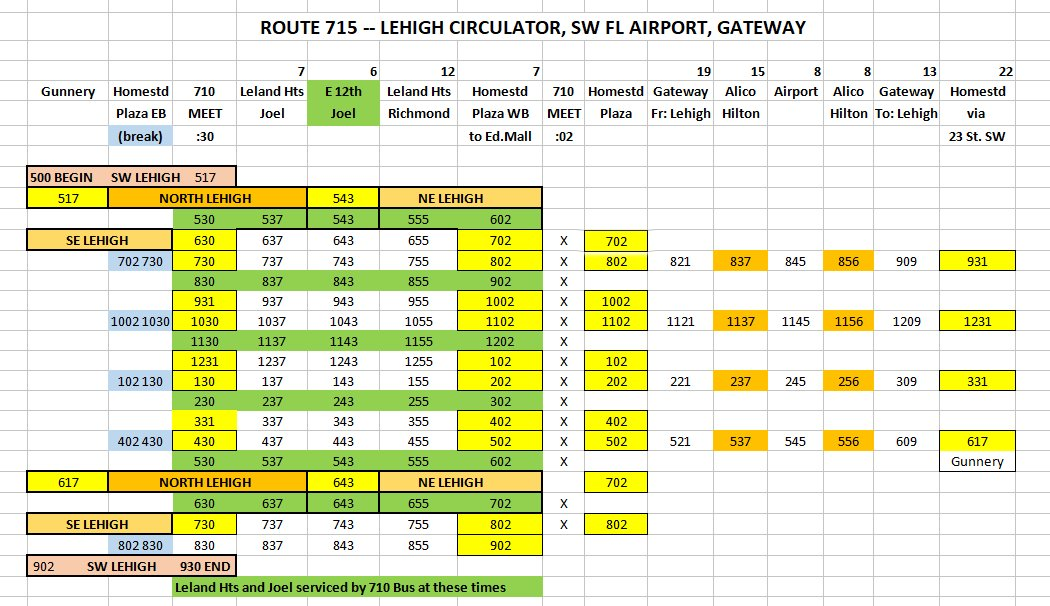 How the 715 can be utilized as three-different-routes-in-one is illustrated in the schedule above.  The extended routes are depicted in the colored blocks with titles of different areas of Lehigh (North, NE and SE and SW Lehigh.)  Hourly service on Leland Heights and Joel Blvd. is depicted in the green and white areas between :30 and :02 after the hour.  Lastly, the express runs to the Airport are depicted on the right-side of the graph.  So, instead of having the 115 Route run in confined circles all day long and over-servicing the "Lehigh Loops" area twice an hour, service is spread out over a wider area:  the Lehigh Loops area is eased to an average headway of 90 minutes (serviced by the 710 Bus,) extended routes to the outskirts of Lehigh are run in the early morning and evenings, express trips to the Airport are run every three hours and there is still hourly service down Leland Heights and Joel Blvd.!
Next --->  Transfer Points