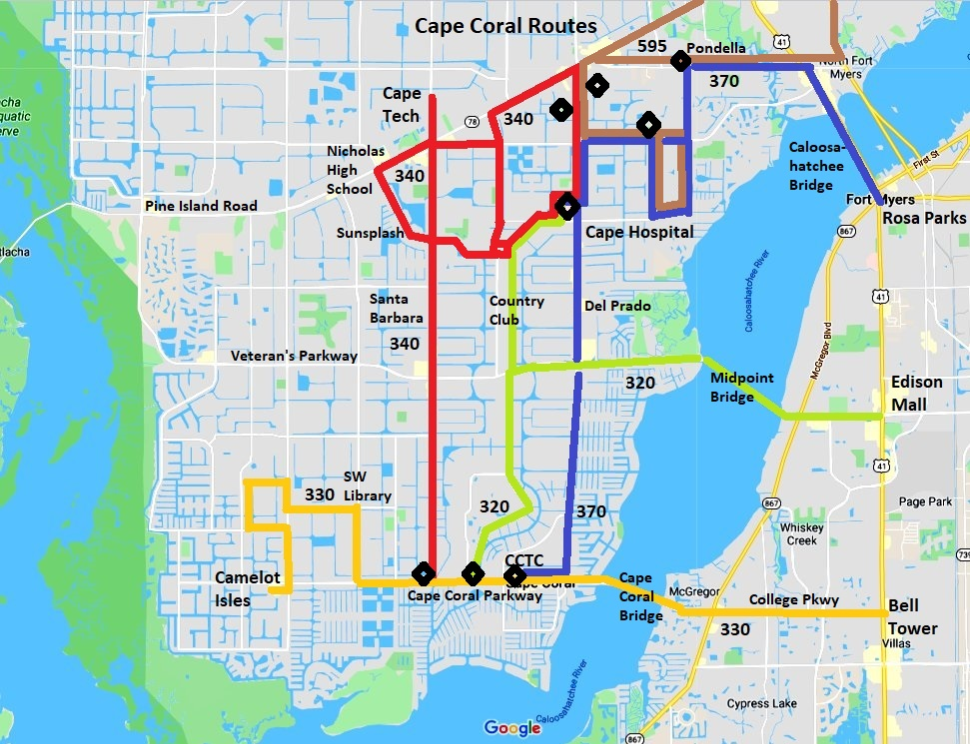 340 Route -- services mid-Cape Coral along Santa Barbara Boulevard and Pine Island Road.  Access to Sunsplash Water Park, Cape Coral Technical Institute and Nicholas High School.  Not only does the 340 Bus meet with every other Cape Coral route hourly, but it also meets with the 595 Bus off North Del Prado, both to pick up and drop off passengers.

370 Route -- travels down the busiest part of Cape Coral -- Del Prado Boulevard.  The 370 also interfaces with the 595 Route on Hancock Bridge Parkway and Orange Grove Boulevard going both directions, north and south.  In fact, the 595 helps to shorten the 370's headway by taking off the loop in Waterway Estates on Orange Grove Boulevard from the southbound trip, making the 370's headway 120 minutes instead of 125 minutes -- all part of the master plan to have LeeTran's routes comply with the Scope of Work's mandate to establish "clock-time."